What has devolution done for wales? answer is a hell of a lot. UPDATED LIST.

September 28, 2017
Wales has benefited greatly from devolution but because of the medias inability to report anything positive, the Welsh public has been misled on what devolution has done for them.

Why on earth isn't the media telling the Welsh people how much they benefit from devolution?
Did you know Wales had around 3 new hospitals in 30 years and 4 new schools before devolution?
Since devolution Wales had to build 18 new hospitals and 22 new schools because of English neglect.
Did you know exports have gone up over 200% since devolution because London wasn't even trying to sell Wales abroad?
This alone is solid proof that the interests of Wales is served far better by the Welsh people in the Welsh parliament.
It would be madness for wales to give back powers.
I honestly believe that there are 2 types of people that want to end devolution.

The crazy unionist who wouldn't support it regardless of its achievements. He/she would turn Wales into an English county if they could.
These people are nothing but enemies of the Welsh nation. they want to damage you and everything Wales stand for. They would see you eating out of bins to save their union.
Then there are the people that have been misled and hold opinions that are so far from the truth it's almost laughable.
These people have been influenced by the media and the unionist above.

The fact is that everyone in Wales benefits from devolution one way or another.
To lose it would be a massive case of self-harm that's never been seen in the history of the Welsh nation.

It wasn't too long ago the media were all over Cardiff airport. They were calling it all sorts and even calling for its closure due to falling passenger figures.

For every one of the last 33 months passenger numbers has been on the up and it is now the UKS fastest growing airport.

Why is the media not all over this?

Is it because they want you to have a negative view on the Welsh government so try their best not to show any positives relating to it?

People slag it the same time they are directly benefiting from it every single day.

They say 'its never done anything for me' the same time they are getting the bus with their FREE BUS PASS to pick up their FREE PRESCRIPTION. They need to get back quick though to make dinner for their granddaughter who is home from her CHEAP UNI COURSE and grandson who is on the last day of his APPRENTICESHIP. The house is nice and warm thanks to the grant for a NEW BOILER AND INSULATION. Tomorrow they are all going out to visit local museums that have FREE ENTRY and then the granddaughter will be going back to uni to enjoy the new Swansea medical school BUILD BY THE WELSH GOVERNMENT. The grandparents will then be going swimming for FREE. The reason for these opinions is simply ignorance.
Ask anyone who wants the assembly closed and the answer they all give is complete nonsense.

anyway. here is what I can find so far.

If i have missed anything let me know and i will ad it. Remember, most of these benefits are not available in England.

£ per head of population 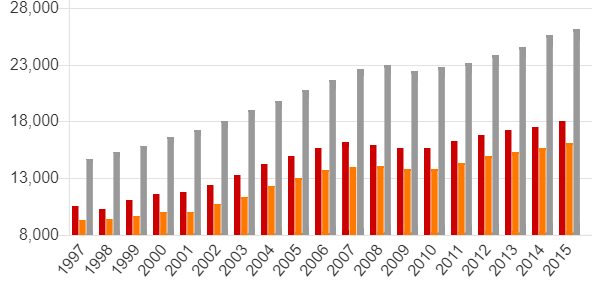 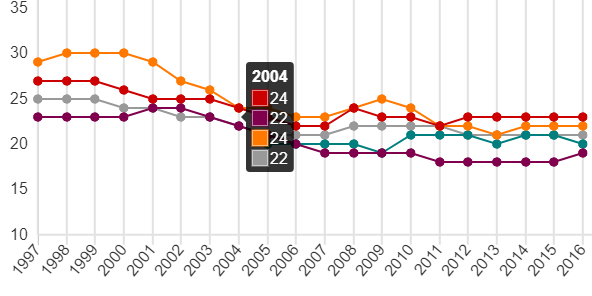 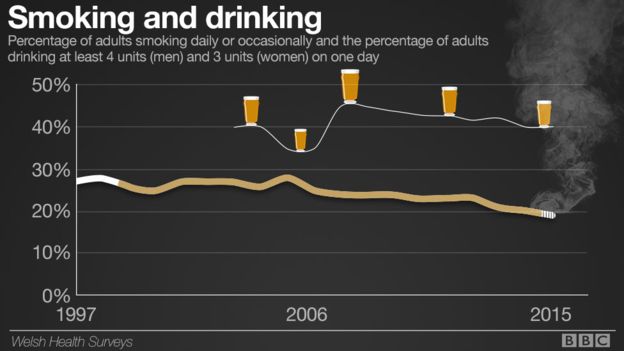 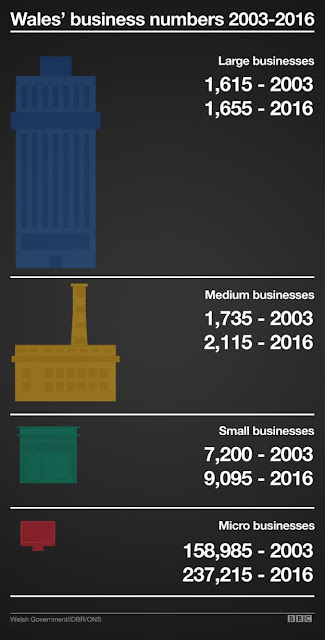 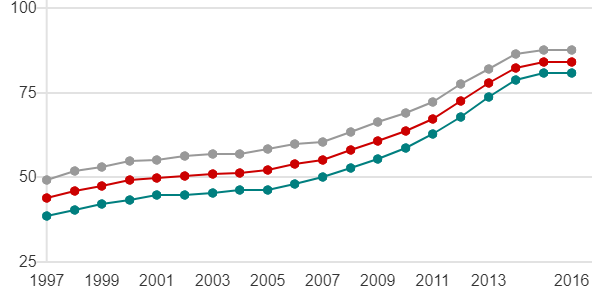 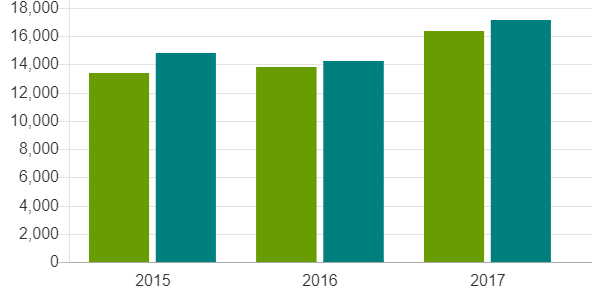 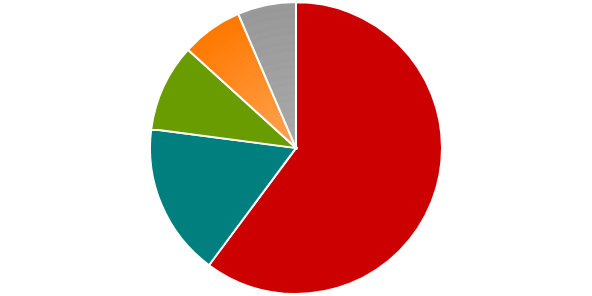 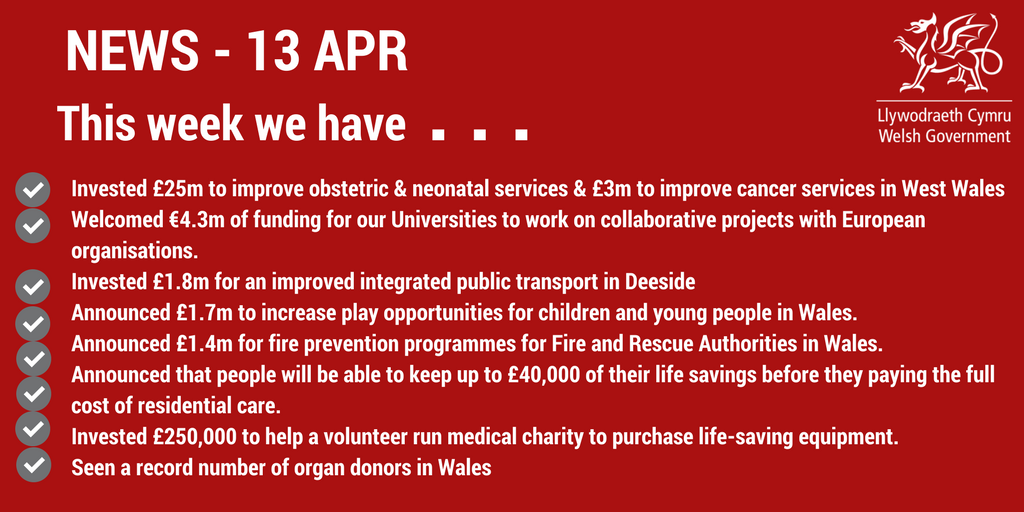 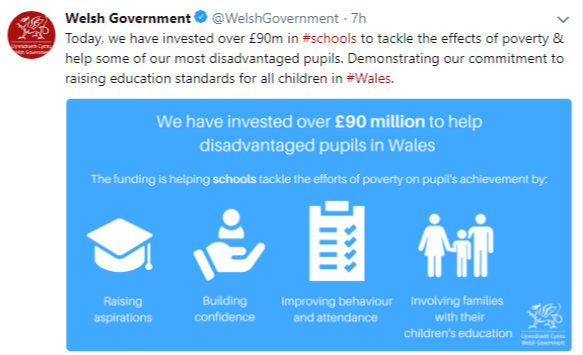 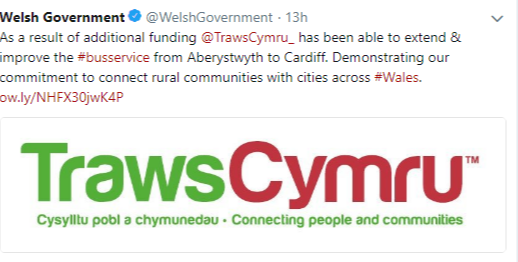 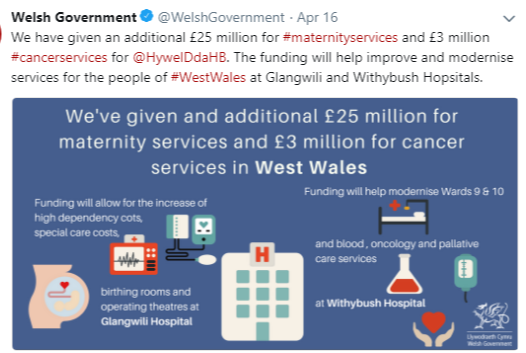 Safer' Down's syndrome test to be introduced in Wales


Why do technology start-ups choose Wales?

£55,000 boost for Welsh games developers who will build new titles for Microsoft
http://gov.wales/newsroom/businessandeconomy/2015/10809387/?lang=en

Wales increases its recycling lead over the rest of the UK

Wales set for biggest investment in infrastructure since devolution

Since devolution, household income in Wales  has risen faster than the UK average

In a statement it said: "Since devolution, household income in Wales - the measure of how much households have to spend - has risen faster than the UK average; employment in Wales has significantly outperformed the UK; inward investment has increased by 200%; exports have risen by nearly 105% compared to 79% for the UK; average full time earnings in Wales have kept pace with the UK and the latest wealth and assets survey shows that Wales has the fourth highest total median wealth per household in Great Britain."

I will add more when i get the time but you get the idea.

The establishment of the Swansea Medical School

Half a billion to improve current Welsh schools
The biggest investment in school buildings ever.

new Church in Wales Primary School has opened in Welshpool.

banning of smoking in public places

The £48m ProAct scheme to provide funding for employers facing difficulties in the
recession and thus safeguarding jobs in Wales.

The much-appreciated passenger railway line between Cardiff and Ebbw Vale

Establishment of Farming Connect, an integrated advice service for farmers.

The provision of free school milk for key stage one students in Wales.

A more open and transparent democracy.

Reduction in use of plastic bags.

Europes leader in recycling.
Investment in renewable energy and recycling.

Grants for insulation and new boilers

The passing of the motion that ensured Welsh students did not pay top-up fees.

Advances in education including the 14 to 19 Pathways, Foundation Phase and the Welsh Baccalaureate.

Devolution has had a positive impact which has resulted in Wales and its people grow in confidence.

Achievement and use of European Structural Funds.

Provision of free services such as prescriptions travels for older people and school breakfasts for primary school children.

Equal representation of men and women

Taking the market out of health care

Better access and more help for good causes and charities, for example, the extra £2m for
the Aberfan Memorial Charity and the Aberfan Education Charity

Securing the extra billions of investment from the European Union, through the Objective
One and convergence funding programs.

create a footpath right around the Welsh coastline is opening up our beautiful coast to all.